Skip to content
Lower Gwynedd Township
How Do I...?
View all How do I...? questions and answers 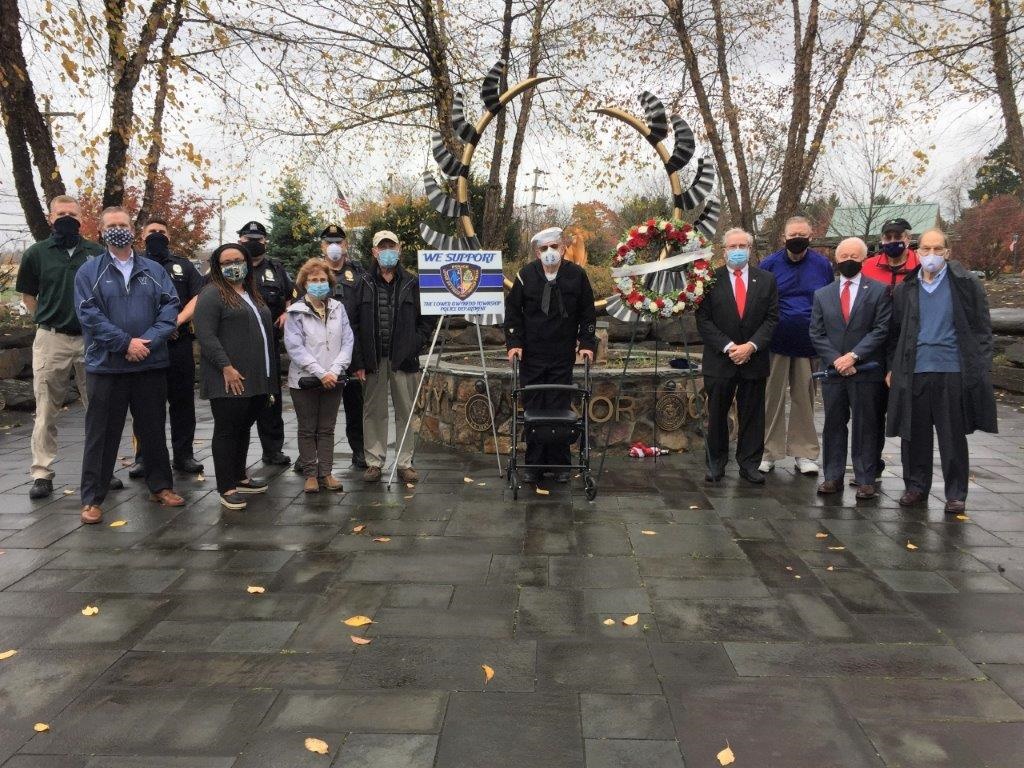 LOWER GWYNEDD --  For the 8th time, the township held a ceremony, honoring veterans from Lower Gwynedd and surrounding communities on Veterans Day, starting at the 11th hour, of the 11th day of the 11th month of the year, commemorating the time, day and year World War I ended in 1918.

Due to COVID-19-related restrictions, this year’s ceremony was held at Veterans Park in Spring House. In addition to a Coast Guard Veteran who spoke briefly of his service during the Cold War, the abbreviated ceremony was attended by township supervisors, administrative staff members, police and members of the Veterans Day Committee.

COVID-19 Restrictions: Access to the Township Building is by appointment only.